The structure and content of this book are influenced by the work of the French writer and sociologist Roland Barthes.
After living for 2 years in the Netherlands, the lack of land- forms made me realize how much my perception has been attached to this notion of height on the horizon.I needed to fix his gaze toward a fixpoint, something visible from all places, a reassuring mark in the landscape on which I could project dreams and souvenirs.

In early 2014 I started to transfer all emotions and needs of landforms onto the Amsterdam power generator (Nuon Electricity Central) and its two towers. Visible at any time of day and night and from all around town, I explored for more than a year and through different mediums all aspects of my relationship with his tower/mountain.

The final outcome was a video installation presented in a single show in Gallery DITS, in 2015, Amsterdam.
This book presents analog photography shooted around the towers during the research process of this exposition. The images are presented in relation to fragments of poems Nathan wrote while watching the tower at night 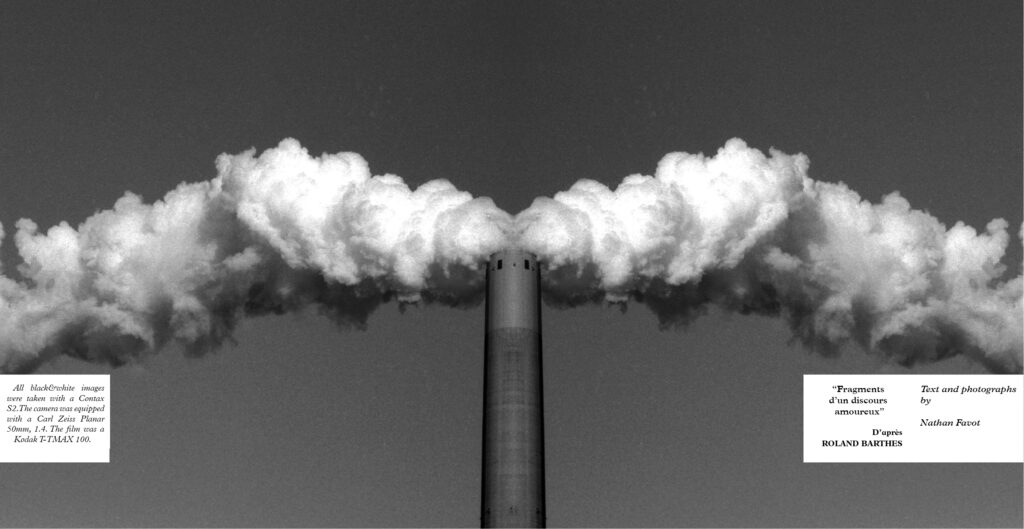