Theatre on the Harbor

It was the rst time I extracted the mains roles of my theatre play “Looking beyond the ve”. This group exist as alter egos, avatars representing di erent moments of my life.This work re-integrated them into a newly composed history, built as a chronicle around Rotterdam’s harbor.

There are now ve of them which I played and captured on analog photographs. Le Francais, The Sailor, The Ghost, The Mechanic, The Naked Guy.

In the frame of the docks, the project is a representation of the historical hypertrophy in which we live. Those images are to be put in perspective with the subjective and arbitrary process of our brains.

Memory acts as a foundation of our identity, souvenirs stand at the base of the narrative construction we permanently build around ourselves. With those persona I’m questioning and exploring the ne lines separating facts and ction, collective history, and identity.

This chronicle is blended in the wharfs’ environment, a space that permanently evolves and changes. An area where identities and histories were often forged as lost. 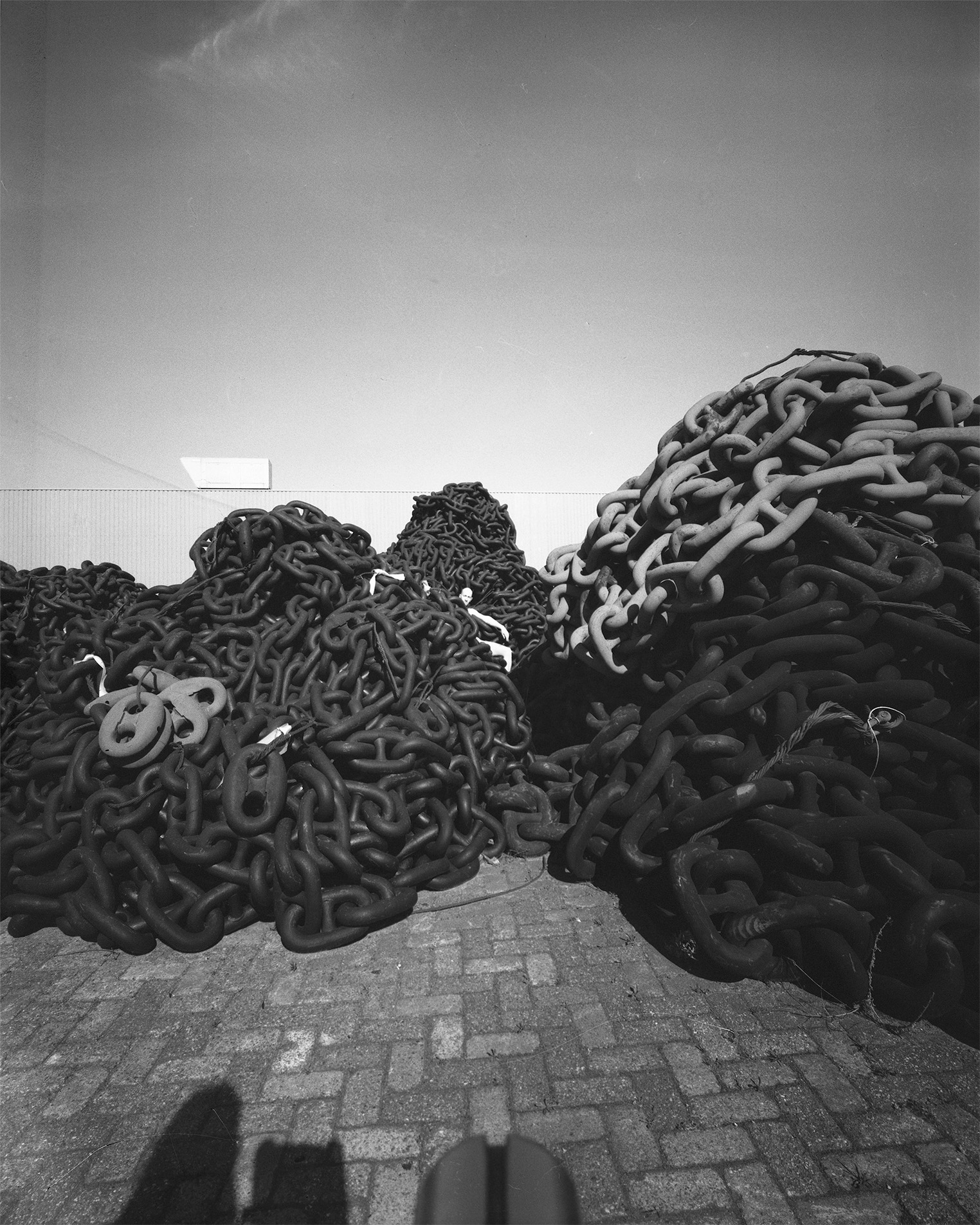 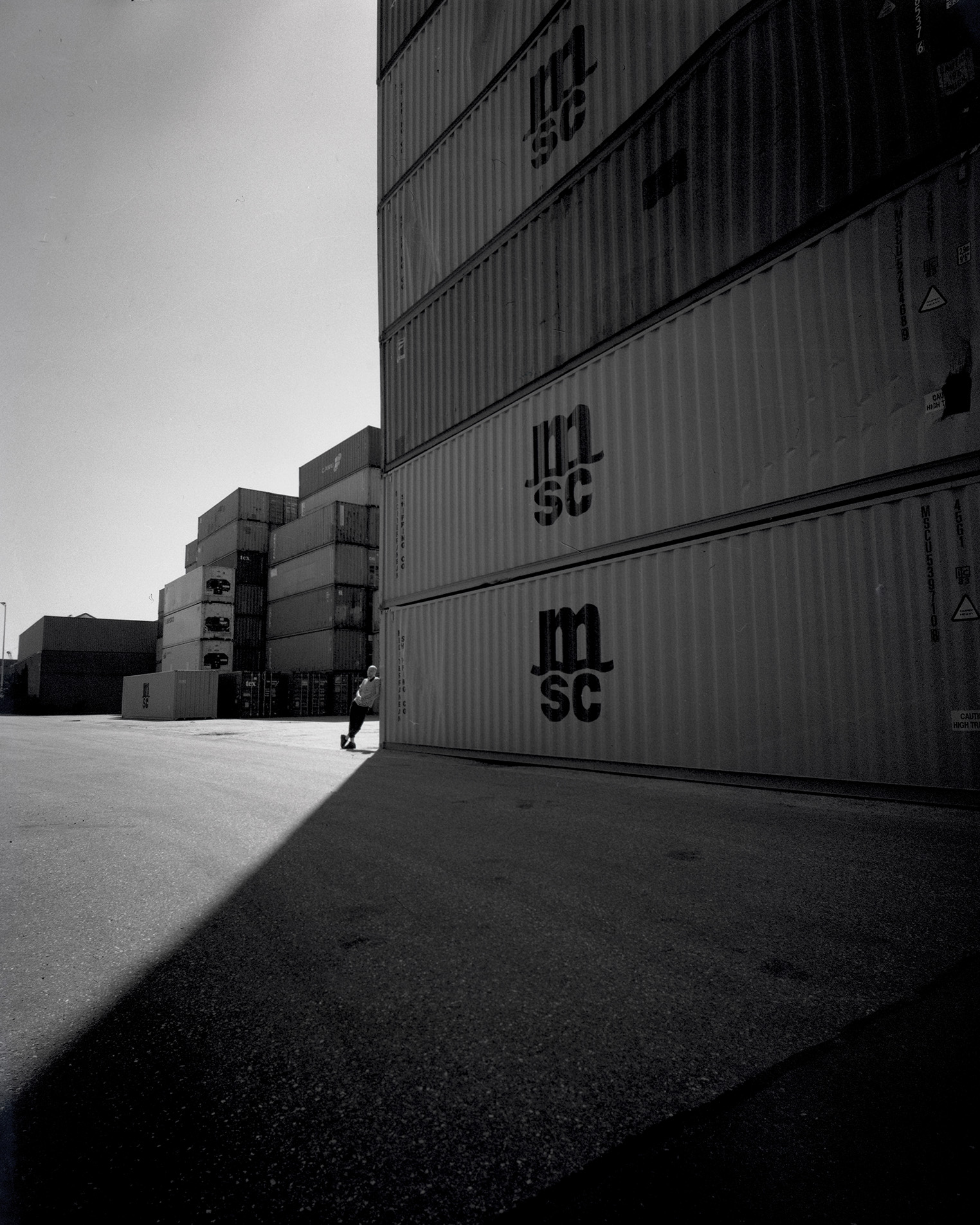 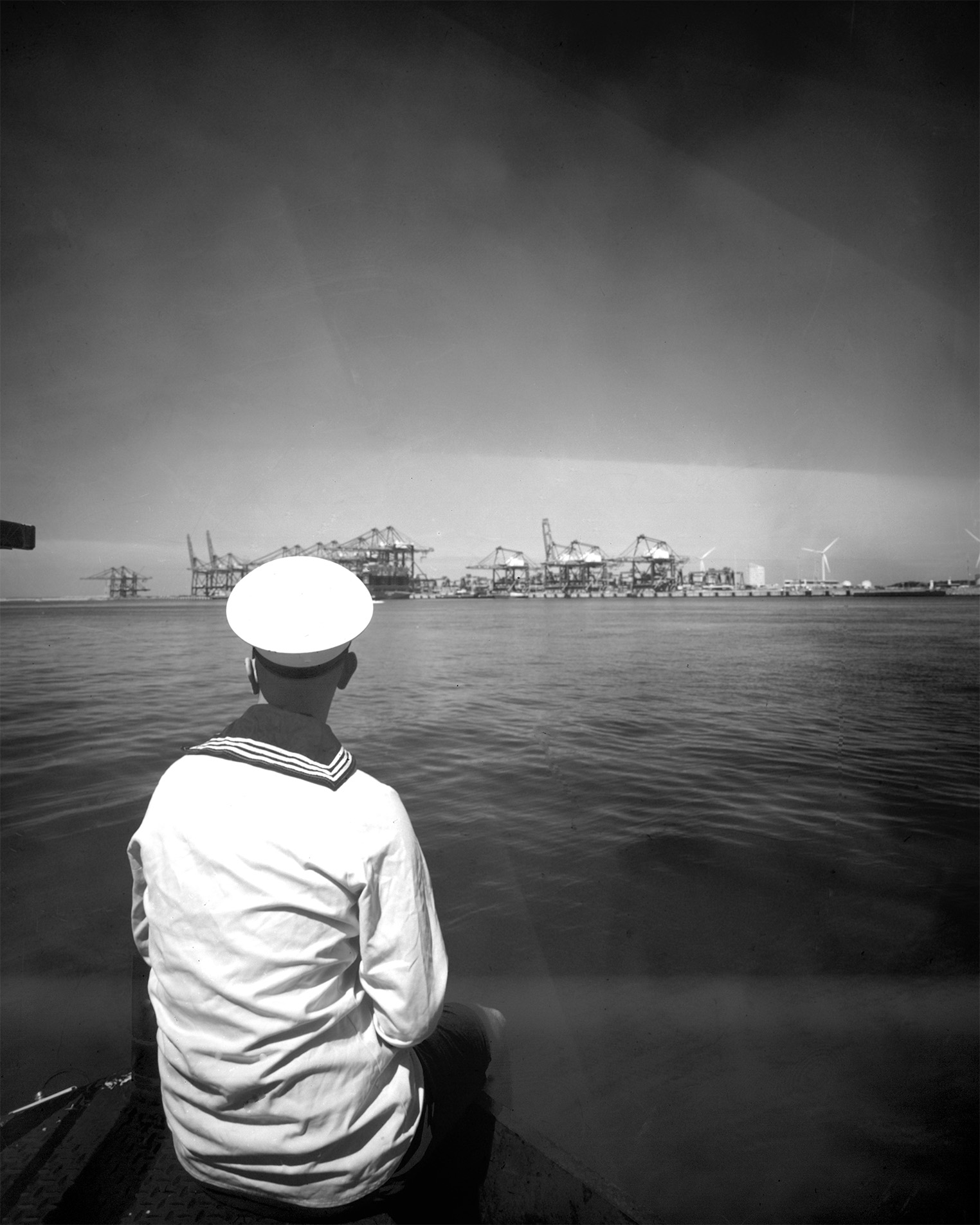 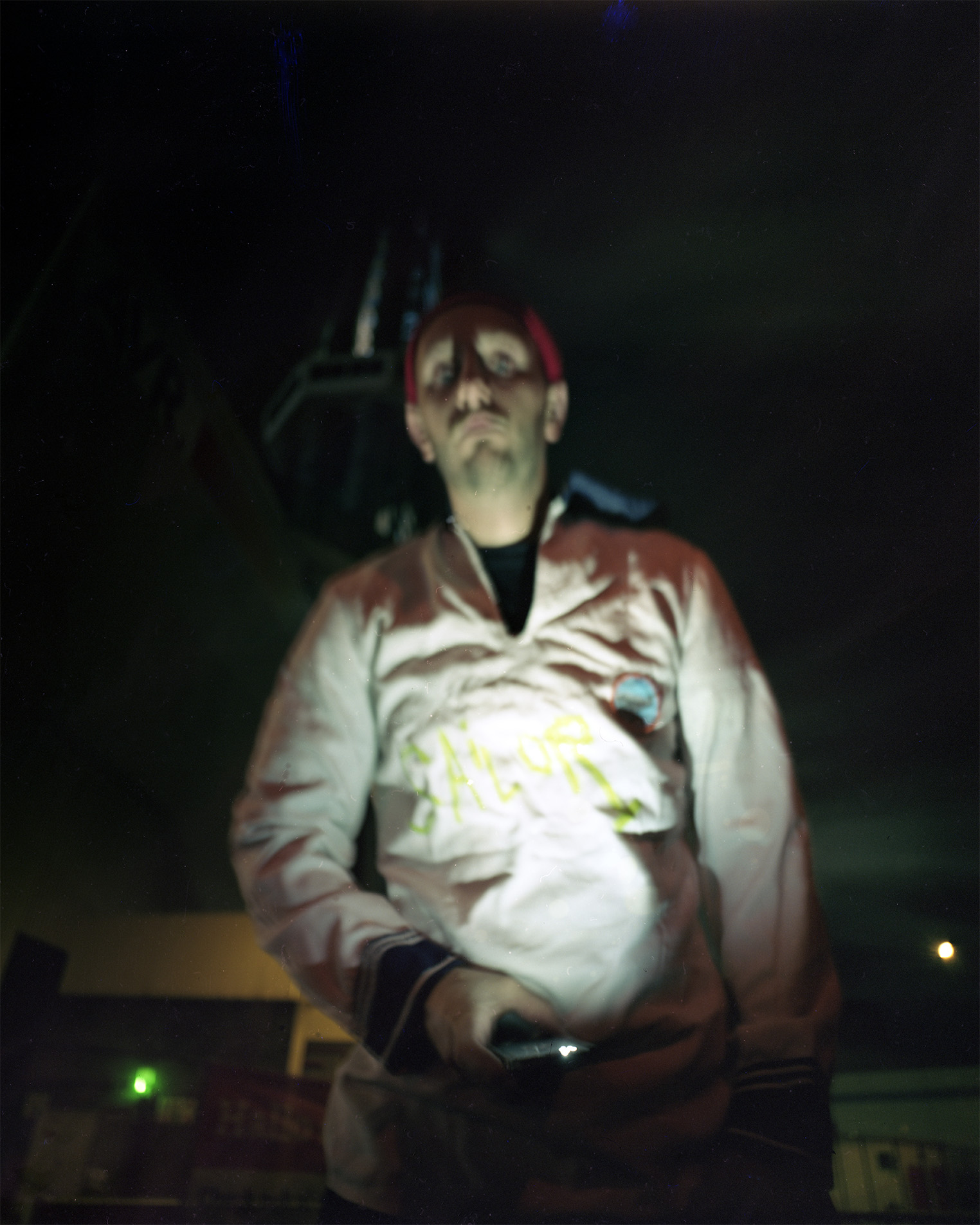 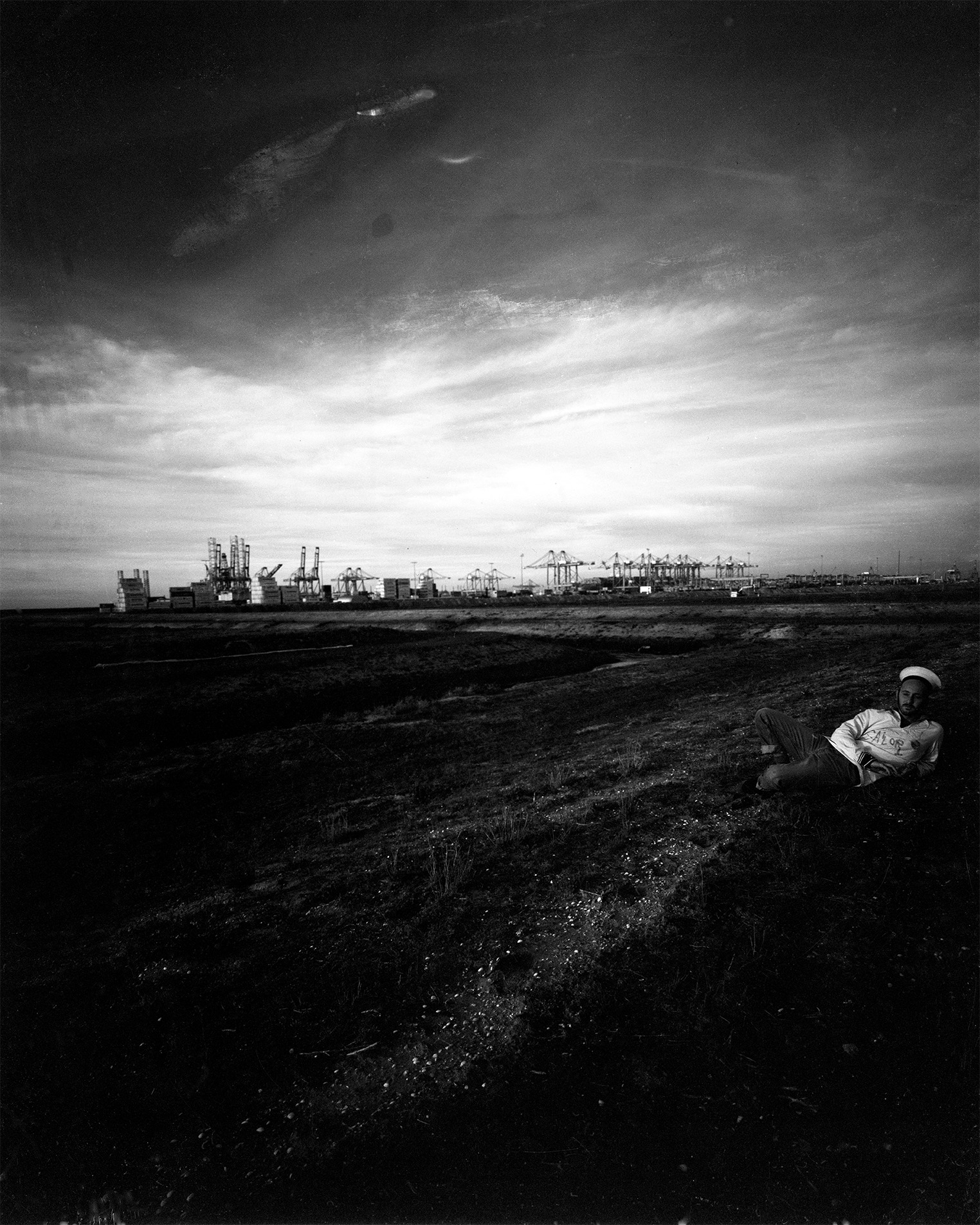 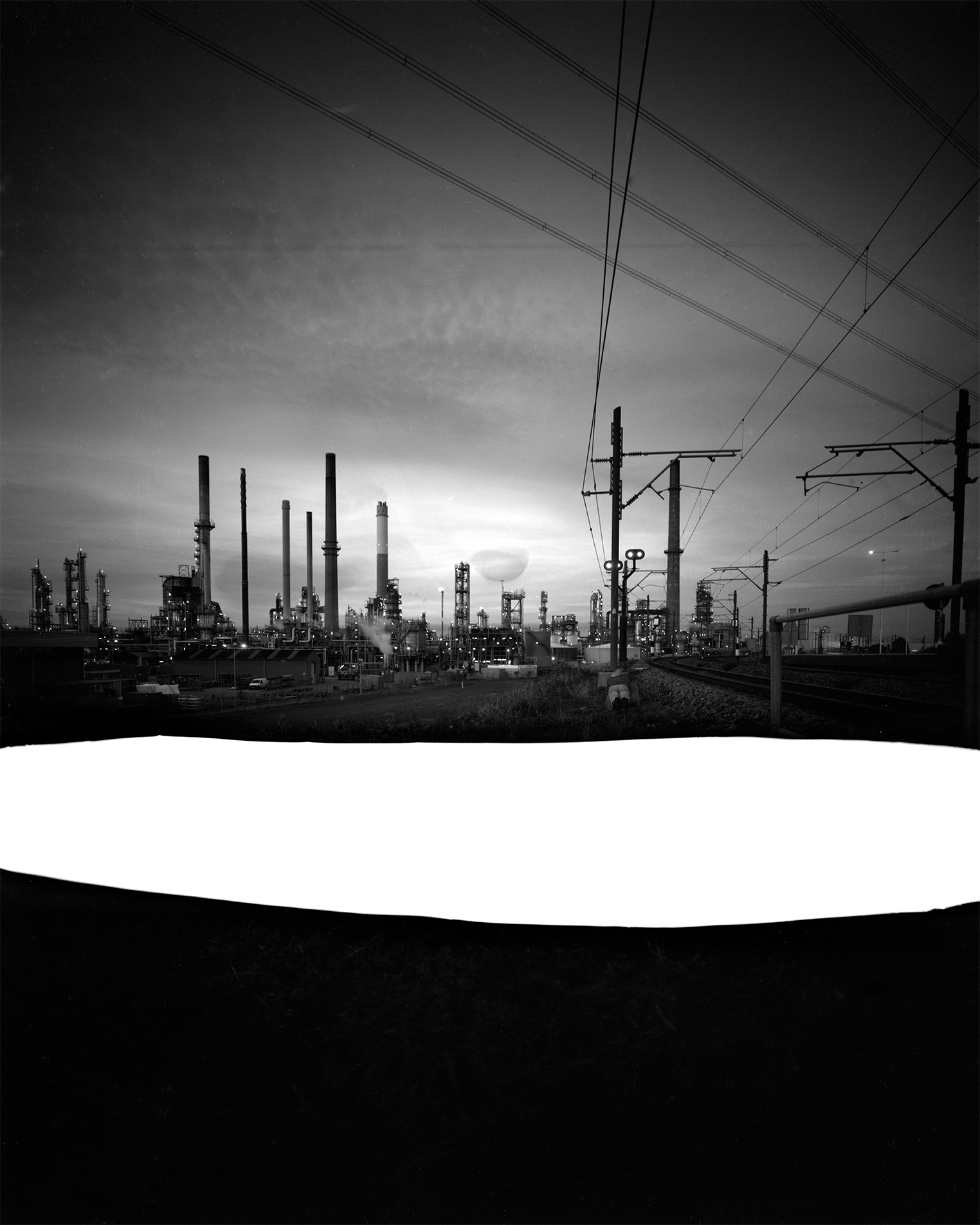 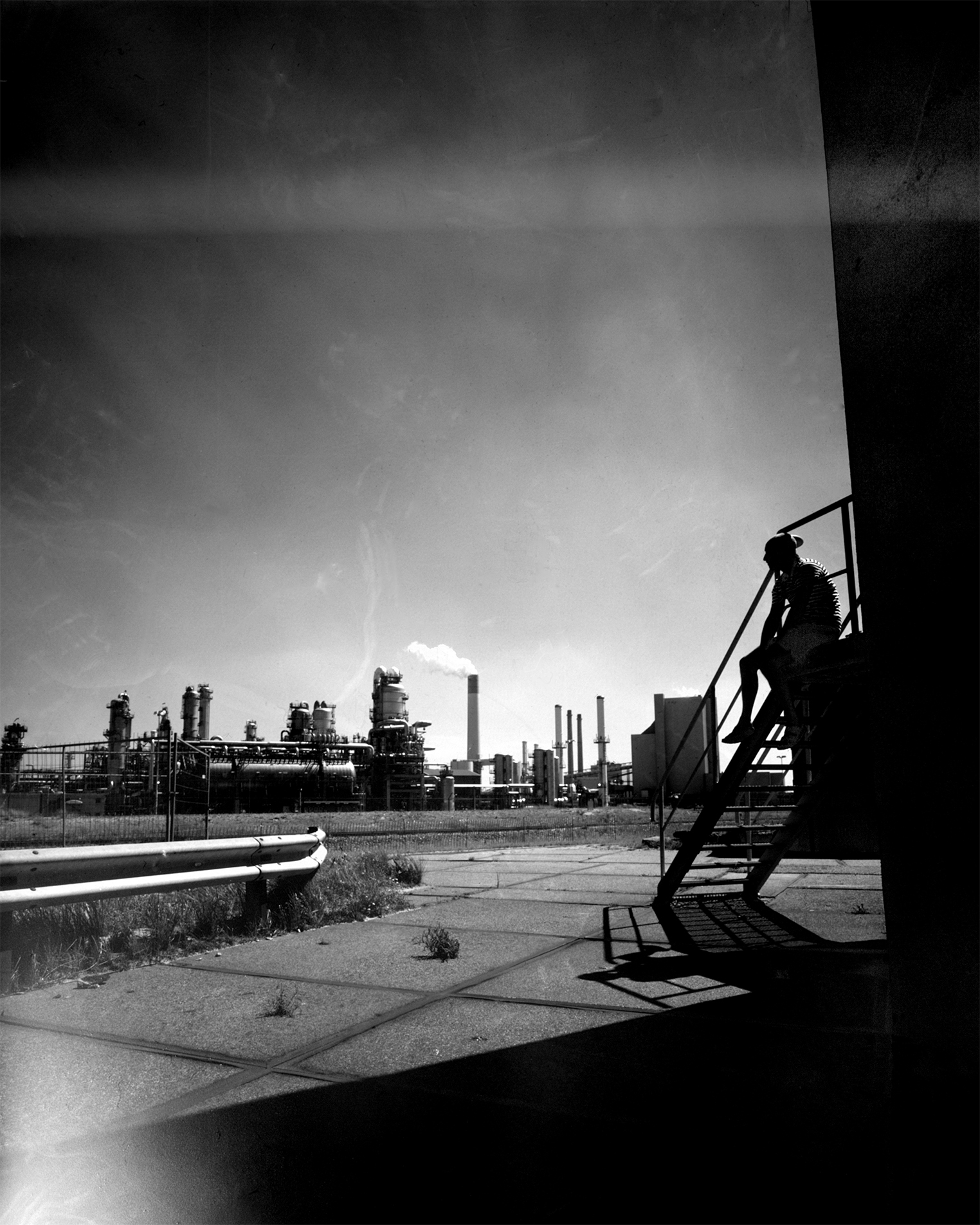 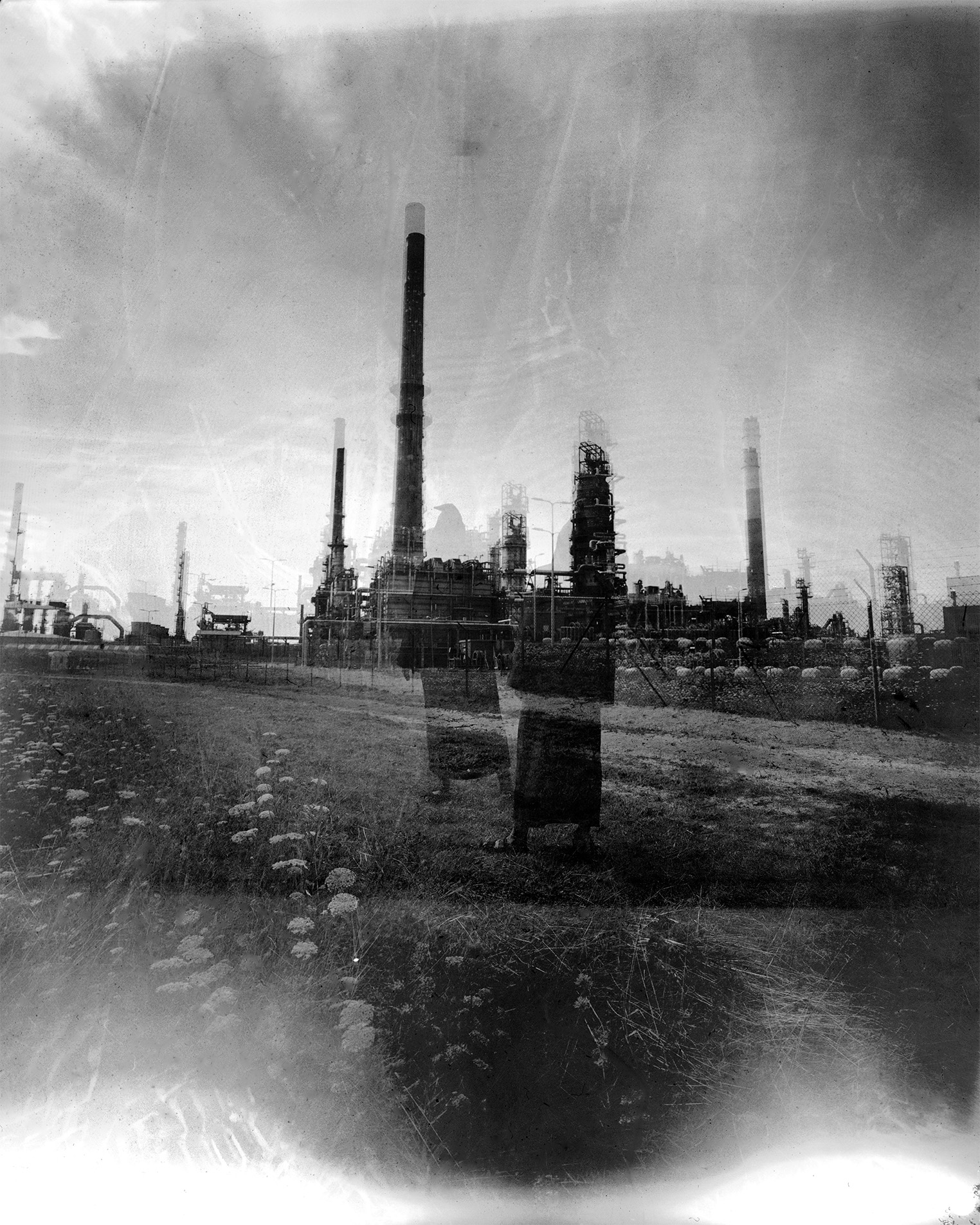 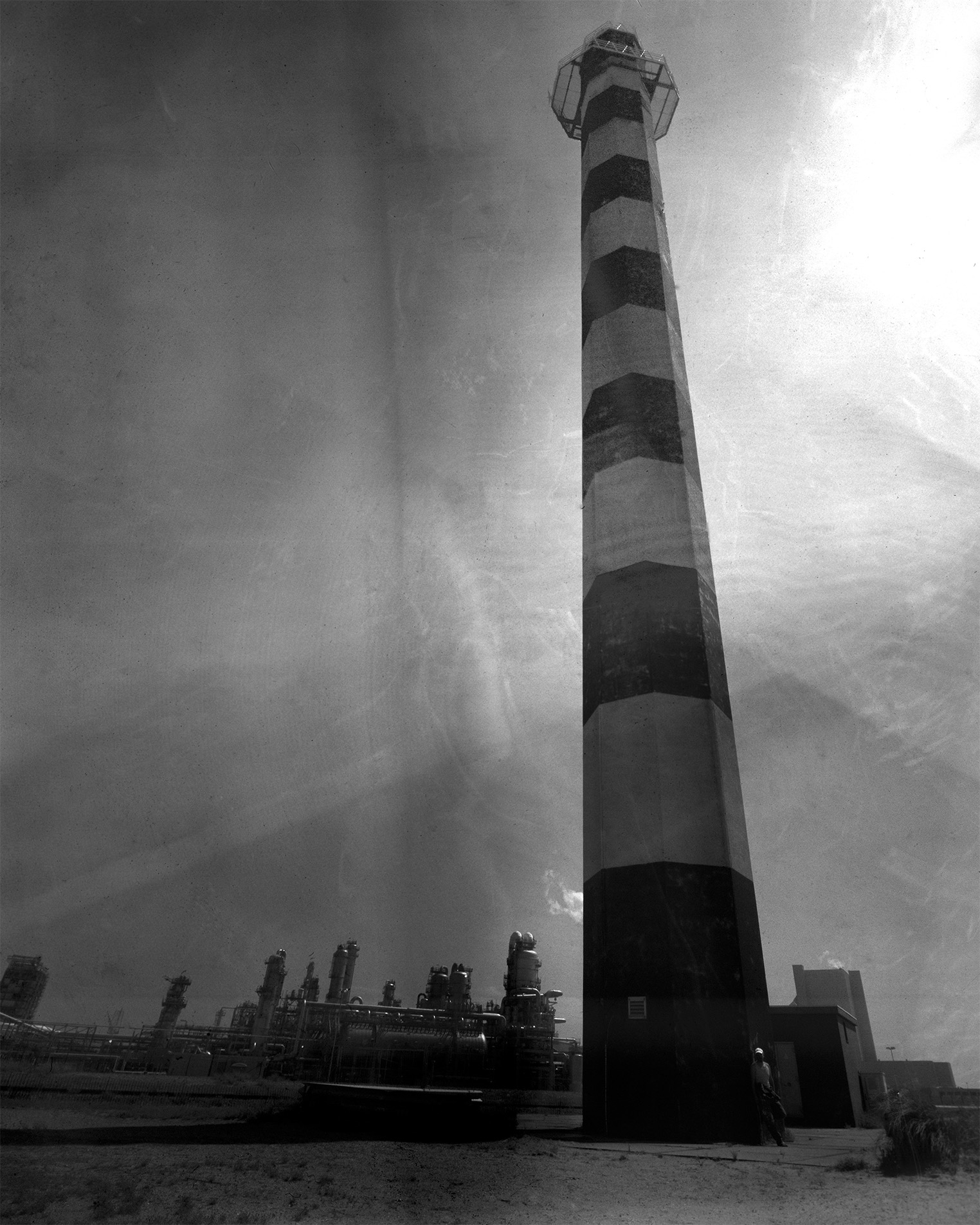 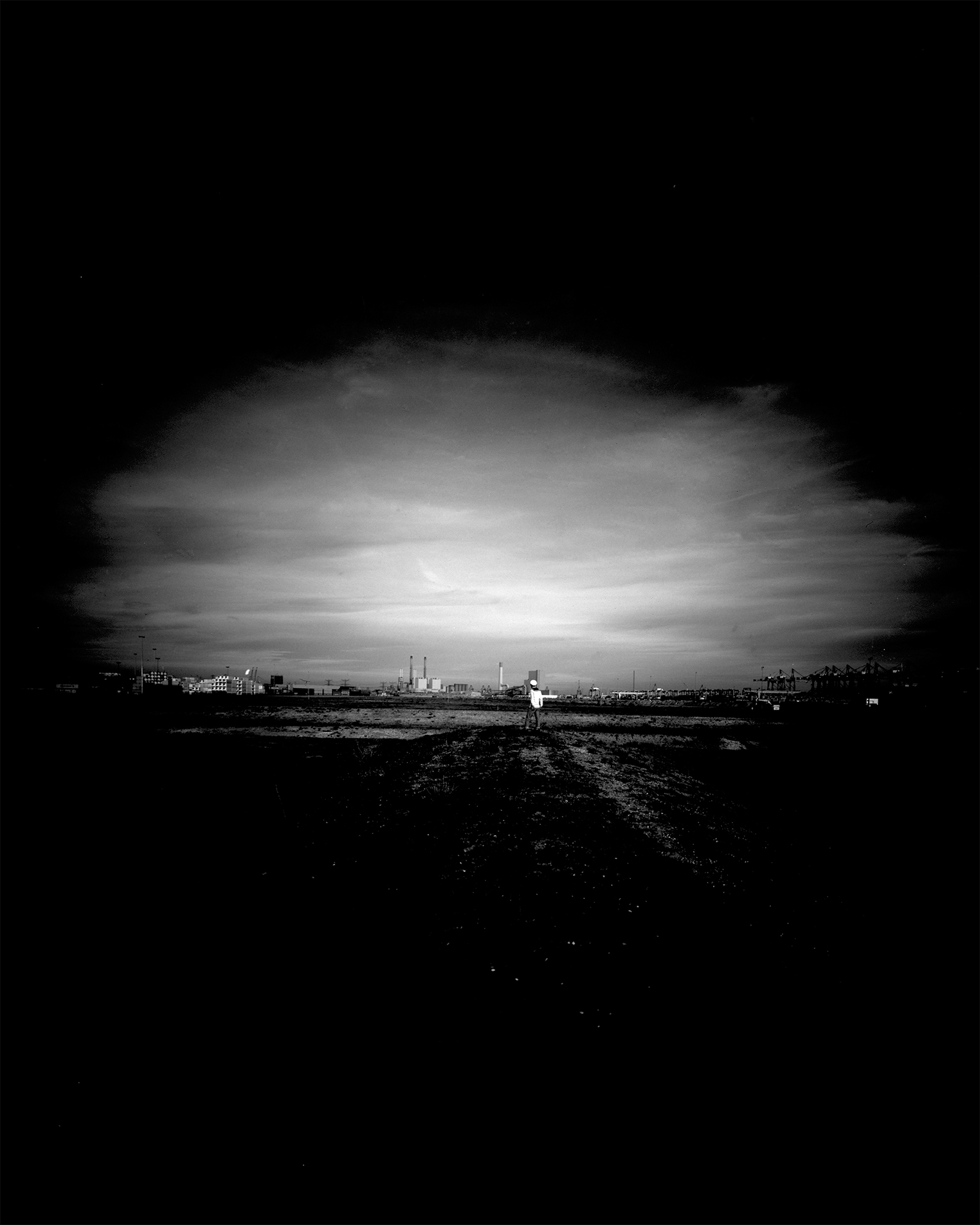 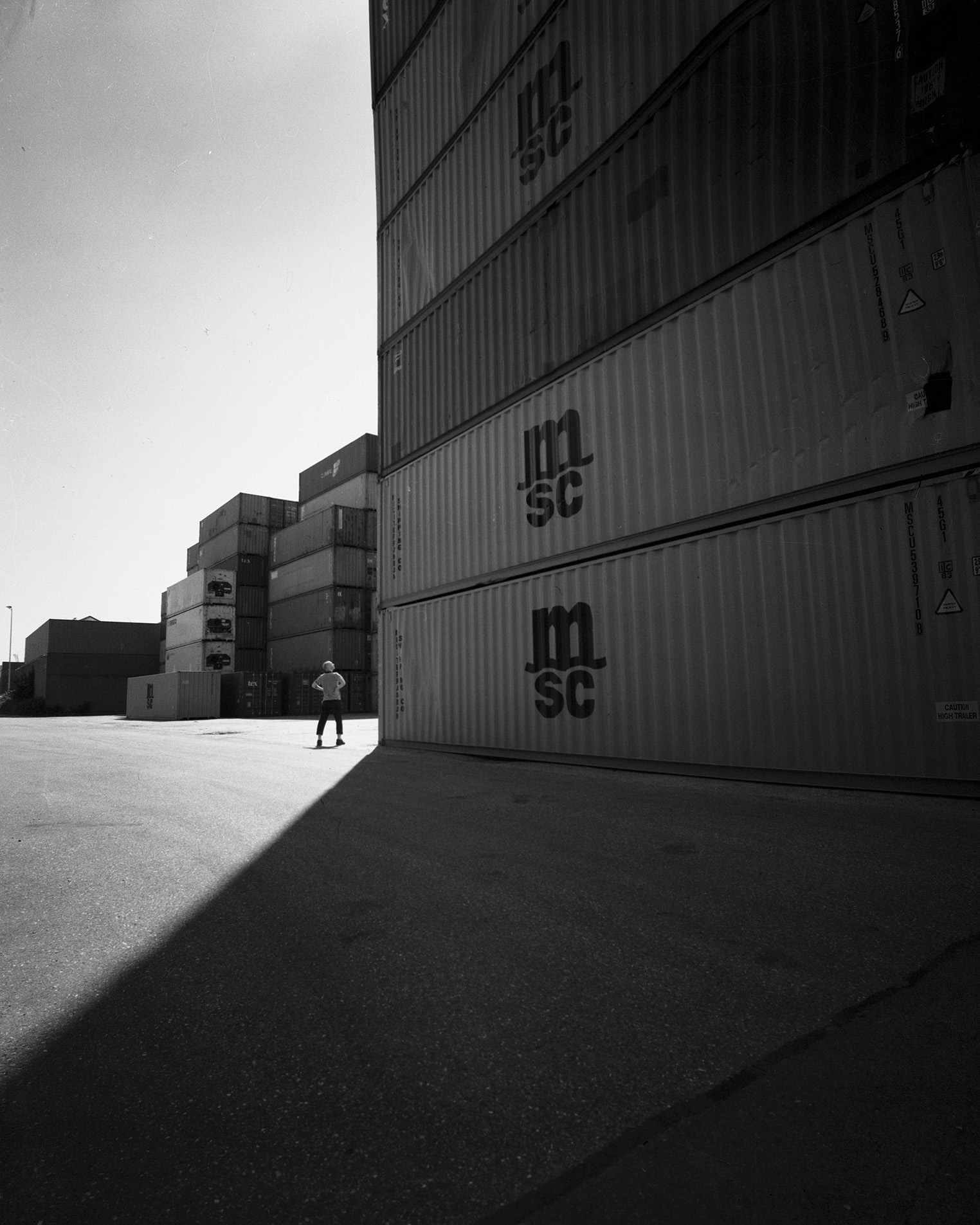 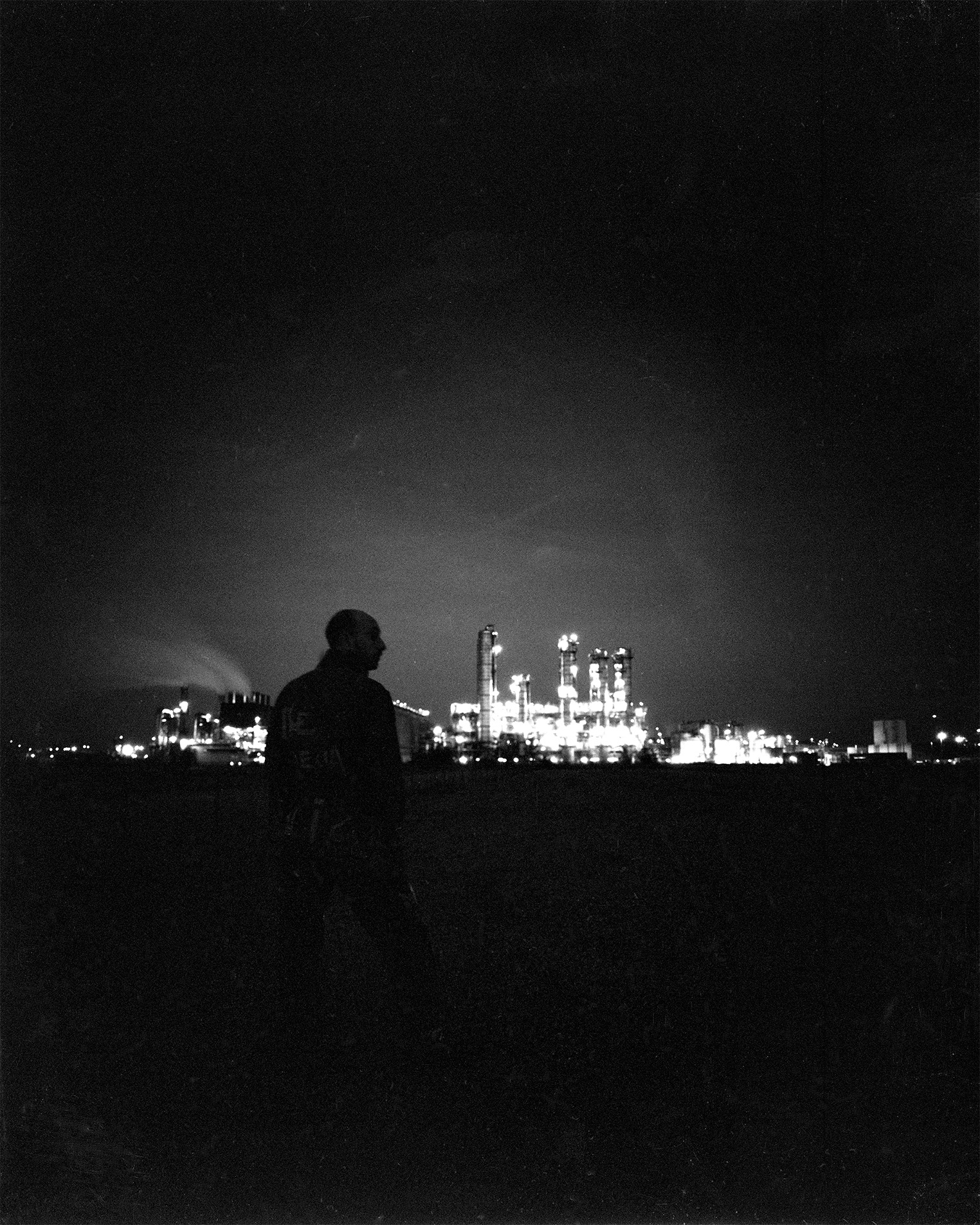 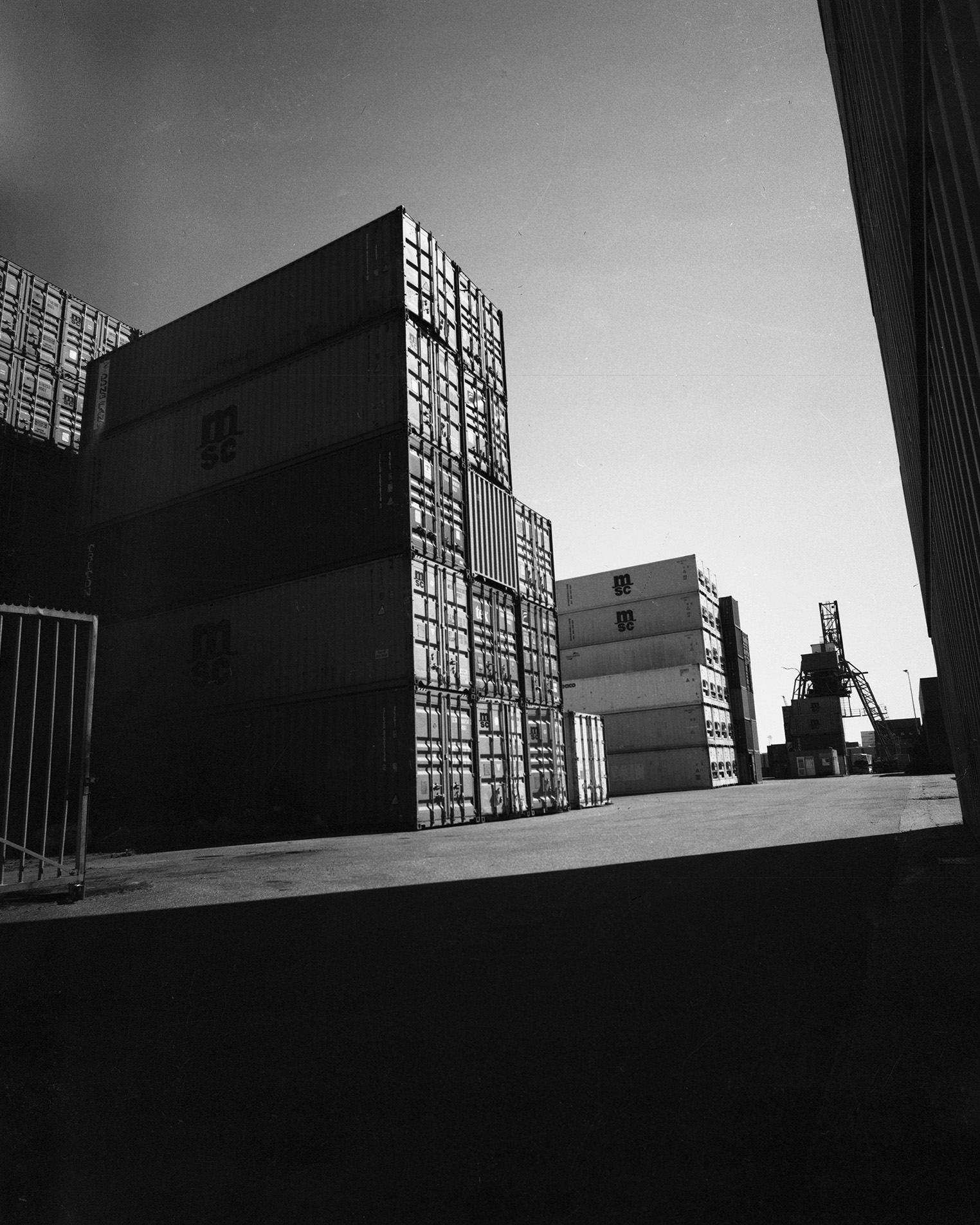 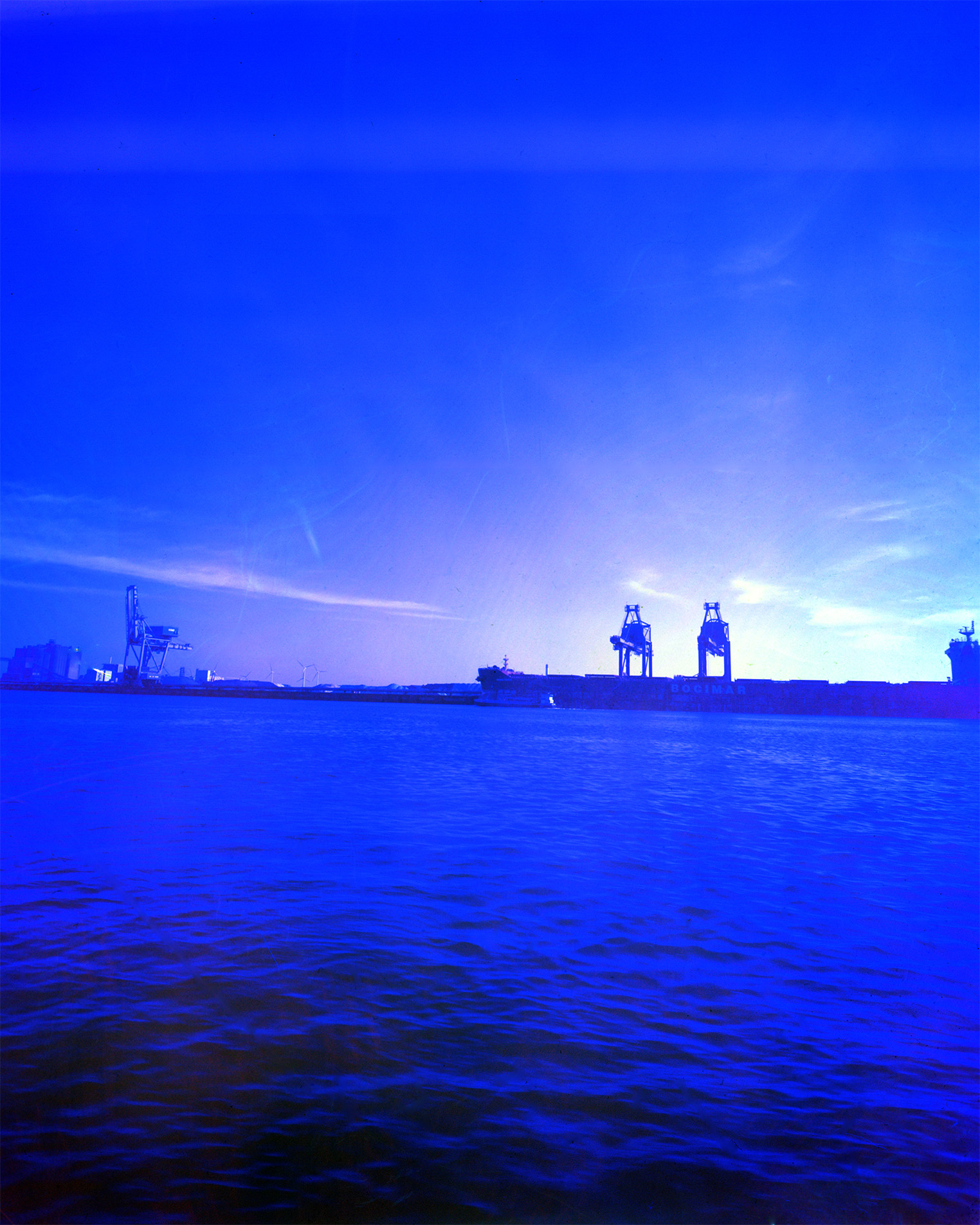